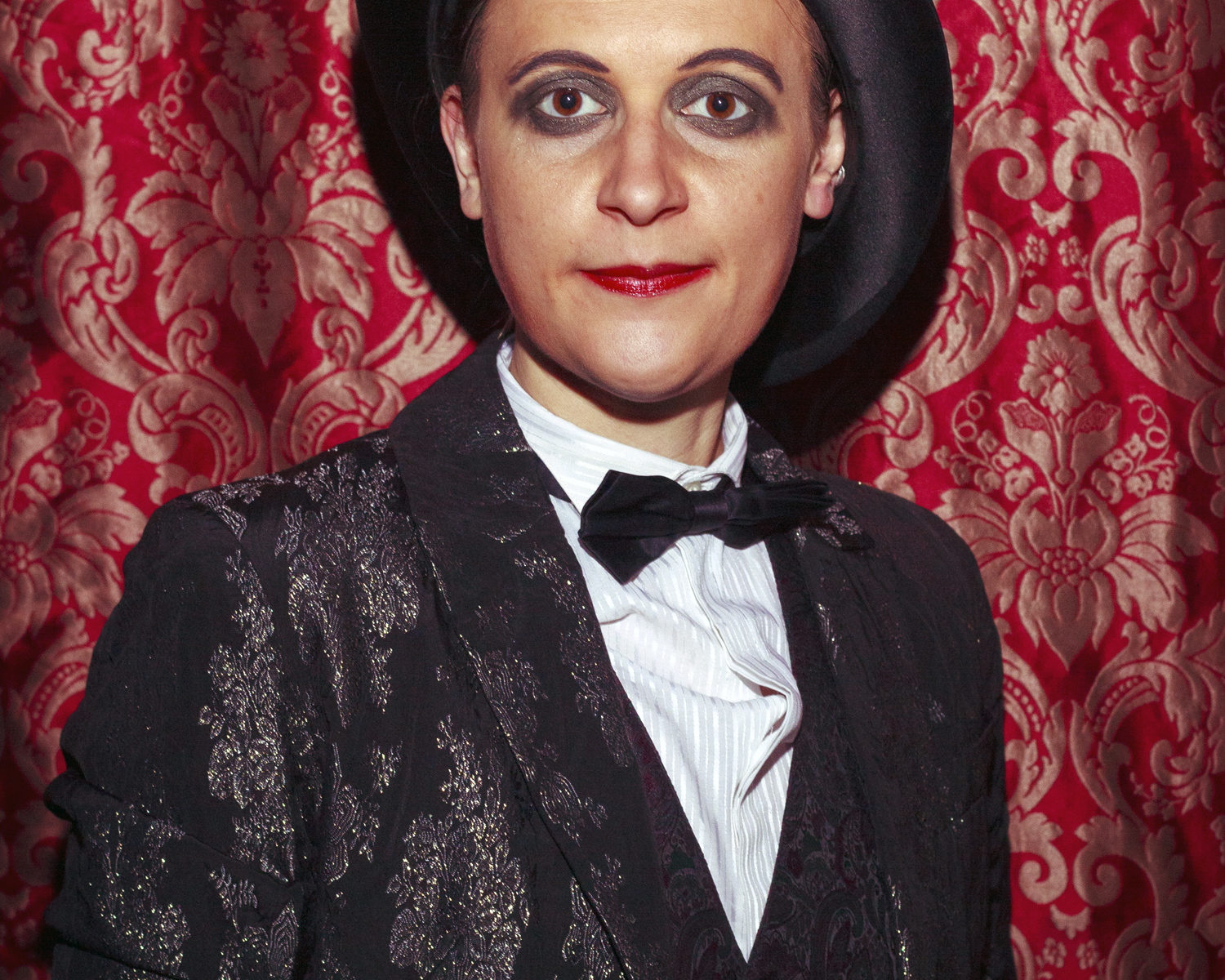 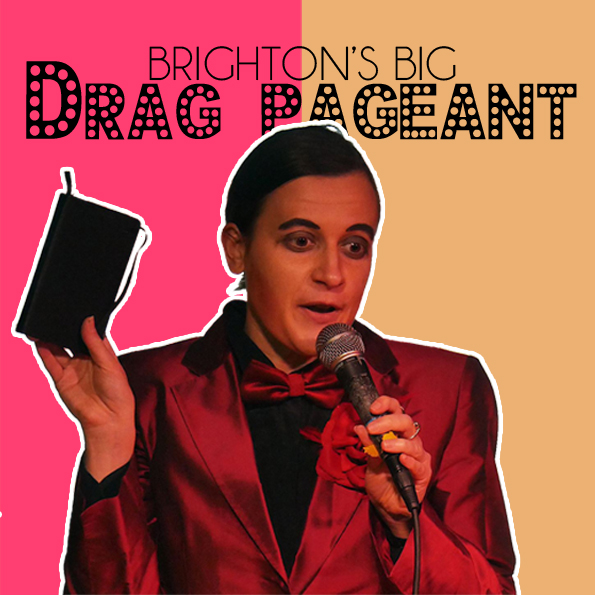 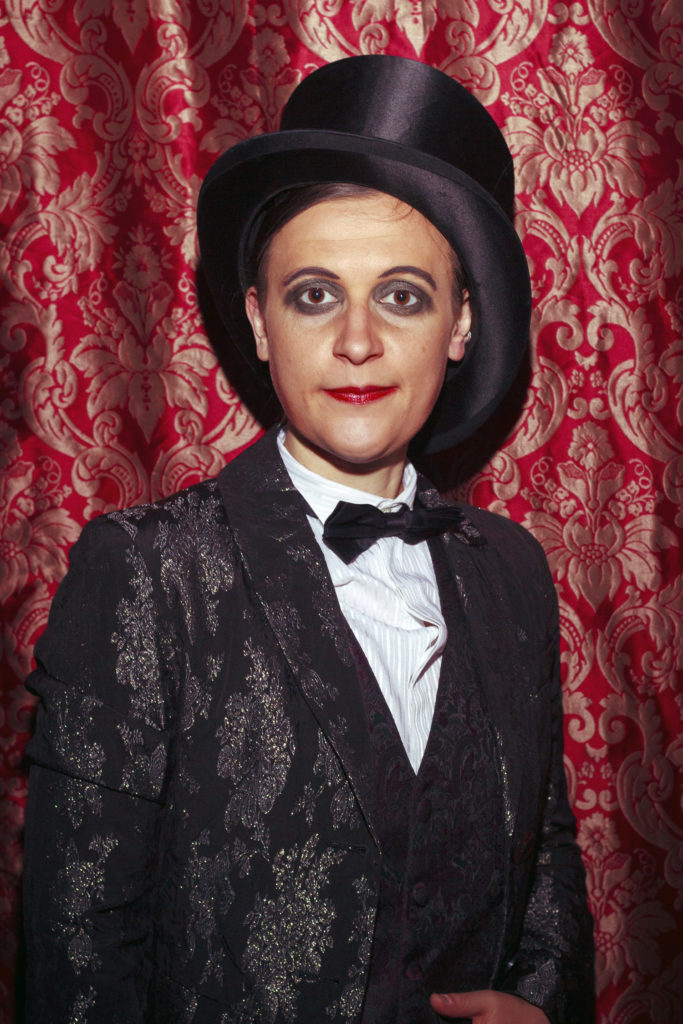 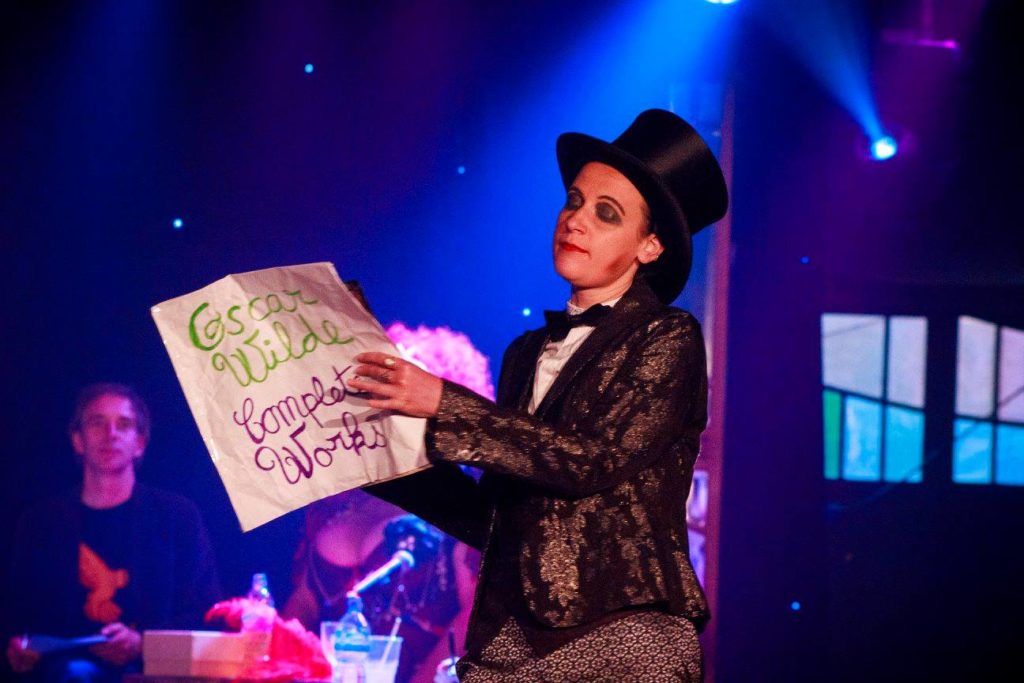 I filmed and edited the trailer for Grégoire Aubert’s solo theatre show ‘Judy speaks’, based on the infamous confessional tapes Judy Garland recorded between 1961 and 1966.

I made the background video projections for Ken Mc Loone’s ‘In Capacity House’ show, after falling in love as a spectator with an earlier version of the show last year. You can catch the last run of the show on 16, 17, 18 May, 7.30 pm at the Regency Tavern, Brighton. This is the story of Miss Diagnosis, ‘alternative Glaswegian drag artist’, as she mourns her dreams of glory and rants at the people who destroyed them in the confines of her tiny studio flat… Bittersweet, poignant and full of dark humor…

This show bravely lays bare the inner workings of the human mind that we usually feel more comfortable ignoring. According to Ken, the writer/performer, the main theme is mental illness, but I believe it goes further: it is about everyday neurosis. Miss Diagnosis lies to herself and blames the whole world for her own shortcomings, but she is never presented as a freak, or someone to laugh at. Her story is told with empathy, through simple childhood memories and everyday moments everyone can empathize with. Deep, uncomfortable themes such as alienation and loneliness are treated with subtlety and a total lack of pretention: no big words or patronizing ‘messages’, just the raw portrayal of an ordinary individual’s lost hopes and coping mechanisms. We cannot help but recognize bits of Miss Diagnosis in ourselves: her self-delusions, her grandiose belief in her own superiority, her blaming others make us laugh, but a deeply uncomfortable laugh because we are forced to face that we react the same way on a daily basis, albeit in a less extreme manner.

If you want just another entertaining drag show, or ‘safe’ drama that reassuringly simplifies the world for you, that shows you characters with 3 easily identified goals and conflicts, and a linear plot ending in a moral and ‘worthy’ resolution, then this is probably not the show for you. If you are ready to be challenged, to sit for an hour in front of a mirror reflecting the less glorious parts of the human psyche, if you love the plays of Beckett or the films of Polanski, David Lynch, Neil Jordan, then go see it, there is nothing else quite like it at the Fringe.

As a teaser, the video I shot of Donald (Miss Diagnosis)’s mother talking to him. The performer says his part of the dialogue in real time, interacting with his memory of his mother.

mother at sink from Ken McLoone on Vimeo.

And his parents arguing (no live interacting with the memory on screen this time):

Dad and mum fighting at the door from Ken McLoone on Vimeo.