In August 2015, “Ghost House” and “Disciplinary Institutions” were screened at Usurp 5 Festival London. On Saturday 19 March 2016, both films were screened in India at a Festival organised by Usurp 5. I’m only advertising after the fact as I was very busy last week and don’t know anyone who lives in India 🙂 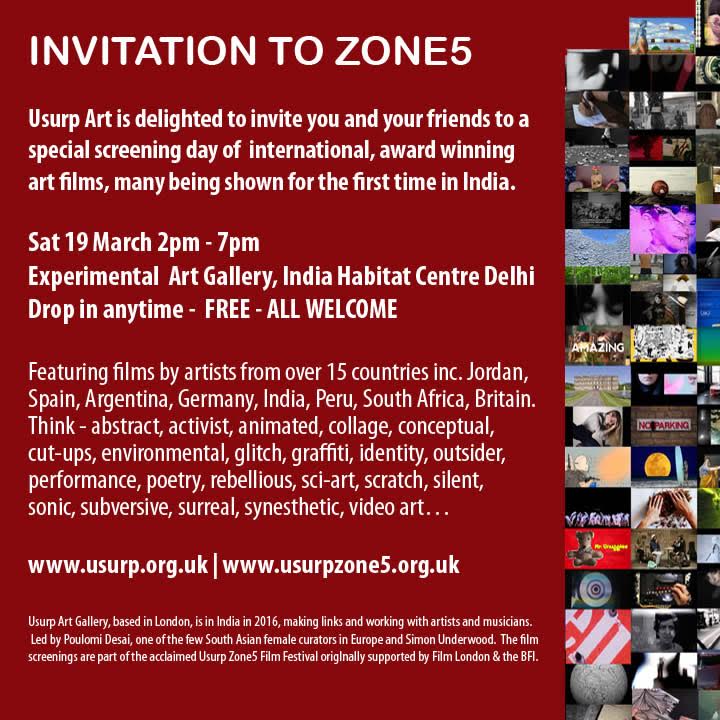 Usurp Art from London is thrilled to invite you and your friends to a special screening day of international award winning art films at the iconic and amazing India Habitat Centre, our first time in India. Full programme and running order as below.